The staff members of the Meachem & Rowland Funeral Home are caring and experienced professionals who understand that each family is unique and has specific personal requests as well as long standing family traditions.

Funeral Home, understand that our families always come first and we continually look for new ways to serve you better. 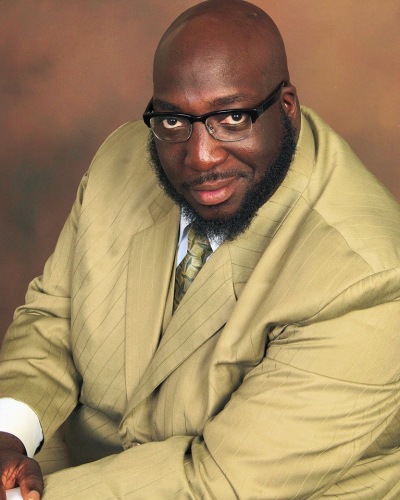 Marcus A. Allen is a trailblazing, visionary leader, father, musician, musical artist, and entrepreneur committed to the call of God on his life.

Marcus A. Allen is the continuing legacy of a strong Christian family, and his mother, Rev. Mahalia Allen, is an ordained minister. He was born and raised in Live Oak, Florida and is the baby of four children. In 1995, while still a very young man, Rev. Allen was called to the preaching ministry and ordained in Live Oak, Florida under the leadership of Bishop Henry H. Smart, Jr. As a true visionary and being an individual who has been called to operate far beyond the restraints of traditionalism, he moved to Philadelphia Pennsylvania. He serves as the Associate Minister and Minister of Music of the Friendly Baptist Church under the tutelage of Dr. J.N. Lavender.

The heart of Rev. Allen’s ministry can be felt through his musical gift.  As a songwriter, musician, and vocalist, he has shared the message of Christ’s love through song throughout the United States of America. Marcus is the founder and the original lead singer for National Gospel Recording Artist “The Supreme 7”.  He has studied at the Mana Bible Institute and served as minster of music for churches such as the historical Cornerstone Baptist Church.

Marcus Allen’s relentless pursuit for excellence has propelled him to provide high quality professional and exceptional funeral services to families across Pennsylvania and New Jersey. Mr. Allen’s journey of providing efficient funeral service started at a young age in Live Oak, Florida where he worked and served with the late Charles T. Hall. After leaving Florida, Marcus has managed some of the most prestigious funeral homes in the Philadelphia area. He is the President of the Meachem Funeral Home Corporation in Philadelphia, PA and Meachem & Rowland Funeral Home in Pennsauken, NJ.  He has served as a youth counselor, and Assistant Director of Youth Empowerment for the Life Skills Center and counselor for BBC Young Male Expansion Program under the late Pastor A.W. Dock and Dr. Brenda L. Richmond.

A highly regarded National Singer, Musician and Preacher; Rev. Allen has traveled extensively singing and preaching the good news of Jesus Christ and compelling the lost to come to Christ. He is highly regarded by his peers as the “Singing, Preaching Undertaker”. He believes that God has a plan for all of our lives and only we can stop, prevent, or hinder our God-given destiny. Rev. Allen believes that the Church is God’s greatest weapon to fight poverty, self-hatred, hunger, and ignorance. He is a member of the local minister’s conferences and several community organizations. While Reverend Allen’s accomplishments are numerous, his most important and proudest accomplishment is being the proud father to Makaila and Arianna Allen. 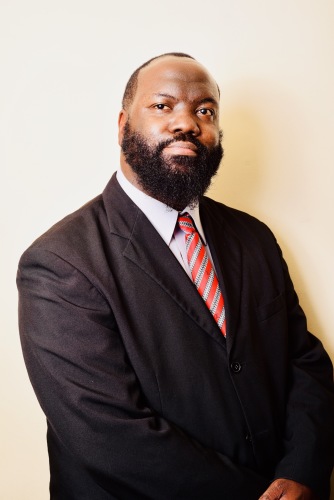 The Reverend Dr. Rodney B. Rowland is a native of Camden, NJ. He attended and graduated from The King's Christian School in Cherry Hill, NJ. He received his Masters of Business Administration and Biblical Counseling and Masters of Arts and Graduate Degree from Liberty University and a Doctorate of Theology from North Carolina College of Theology.Pastor Rowland accepted Christ at the early age of 12, and was divinely called into the Gospel Ministry. He was licensed to Preach December 1996, and was installed as Pastor of Macedonia Baptist Church December 6, 2009. He was instrumental in purchasing their new Church Building at 351 High Street in Westville, NJ, December 2011, and became a 501 3c Incorporation. He is the Founder of the WOW (Without Walls) Early Learning Center. Under his leadership, he has licensed seven (7) Ministers, of which Four (4) he ordained. 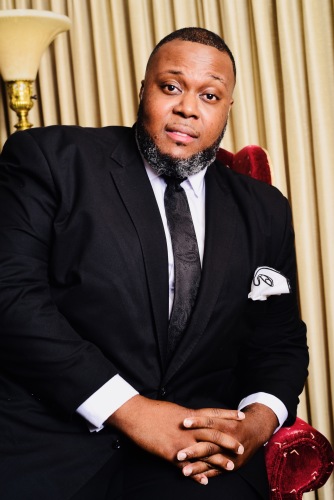 Many of us only dream about what we want to be as a child; however, the chances of a child imagining what they want to be and what they will be as an adult rarely comes to fruition, with the grace of God I am living my dream. Enrolled in New York’s prestigious Fashion Institute of Technology on a fashion design scholarship Kyjuan T. Westry decided it was time to step out on faith and follow his heart. He withdrew and began his journey to becoming a funeral director. Serving families since 2005 with empathy and an attention to detail Kyjuan intertwines funeral service with his love for fashion. Kyjuan holds a funeral directors license in New Jersey and New York. His leadership with advance funeral planning has led him to be a Certified Preplanning Consultant. A member of The National Funeral Directors Association, The Academy of Professional Funeral Service Practice and The Insight Institute where he became a Certified Funeral Celebrant. 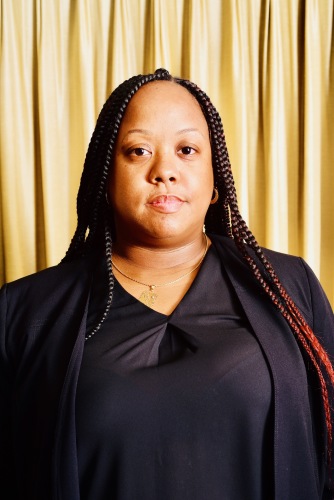 Taneesha L. Smith is a licensed funeral director born and raised in Philadelphia, PA. In 2013, she graduated from the Gupton-Jones College of Funeral Service in Decatur, GA. After graduating she moved to Delaware where she began her career and received her license in 2015. In addition to being licensed in Delaware, she is also in Pennsylvania and New Jersey.

Taneesha is very dedicated to her profession and she takes pride and honor in serving the families she come in contact with. 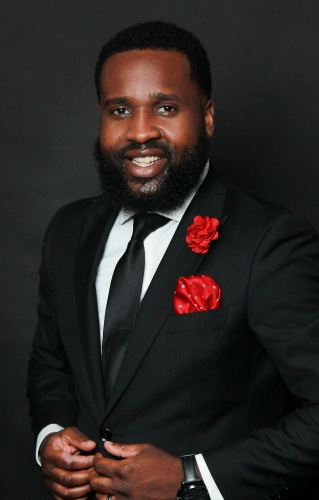 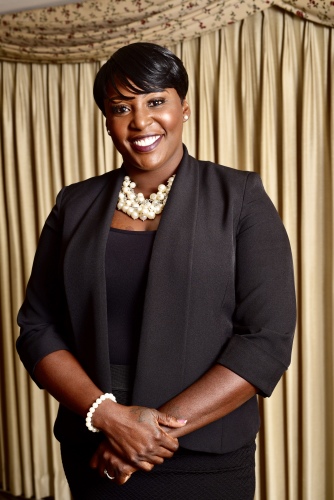 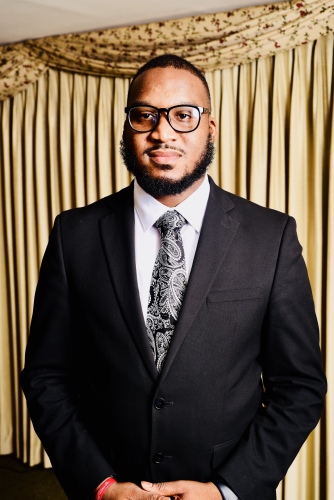 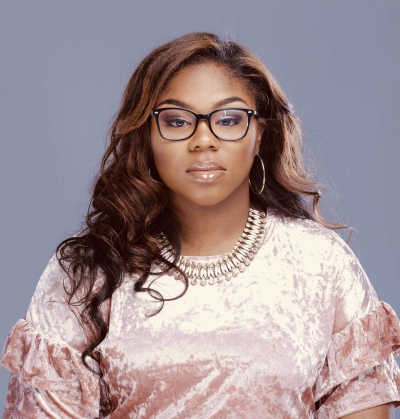 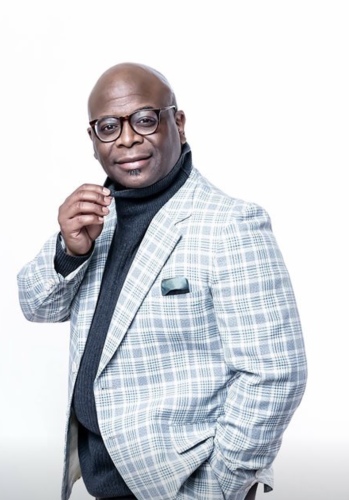 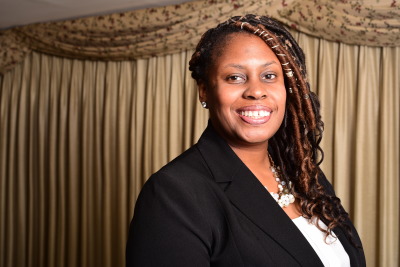 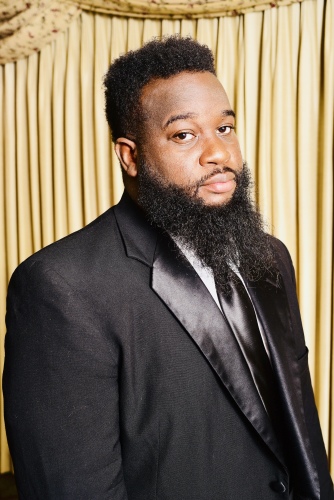 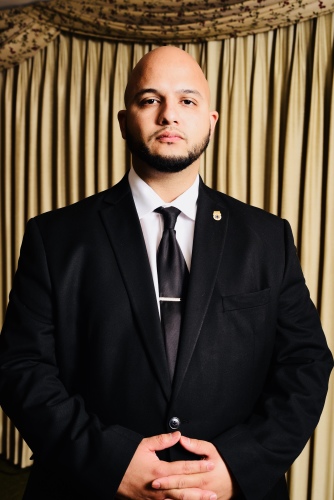 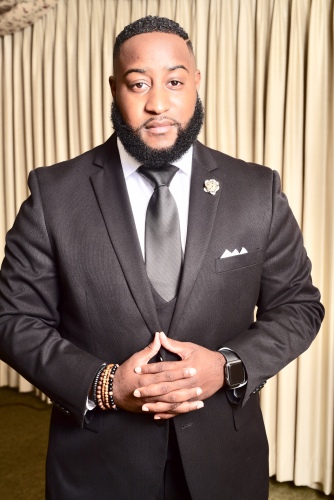 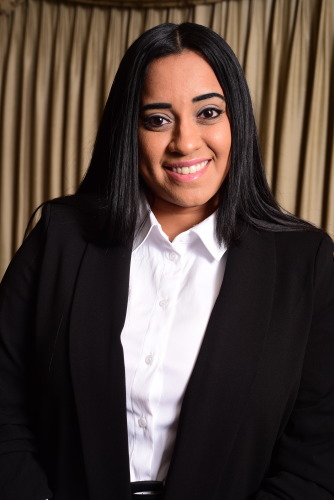 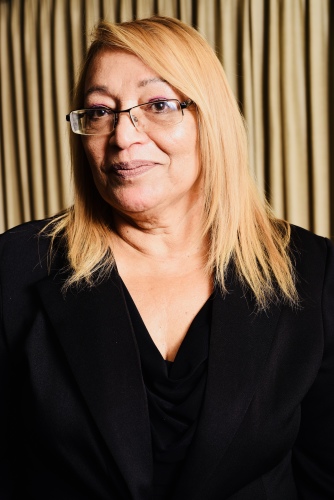 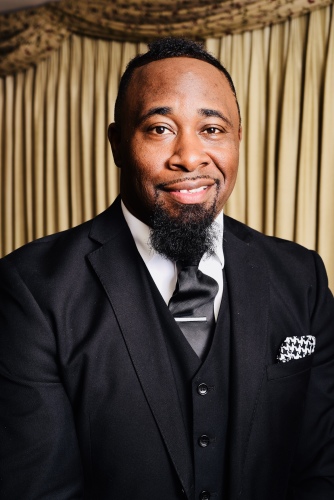 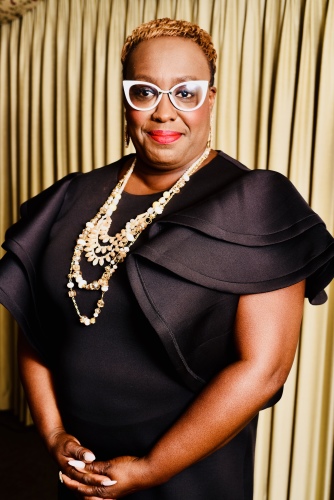 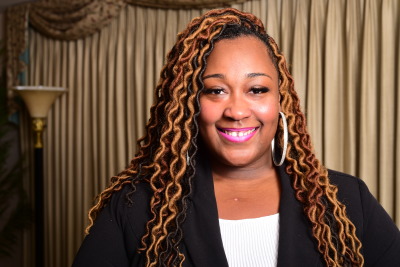 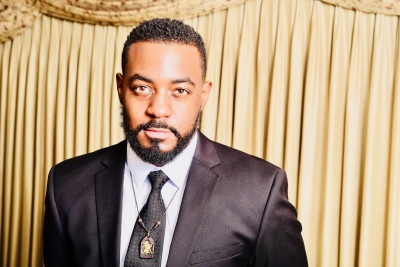 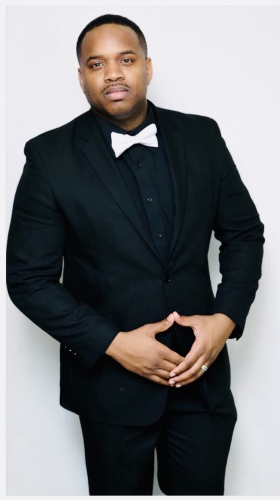 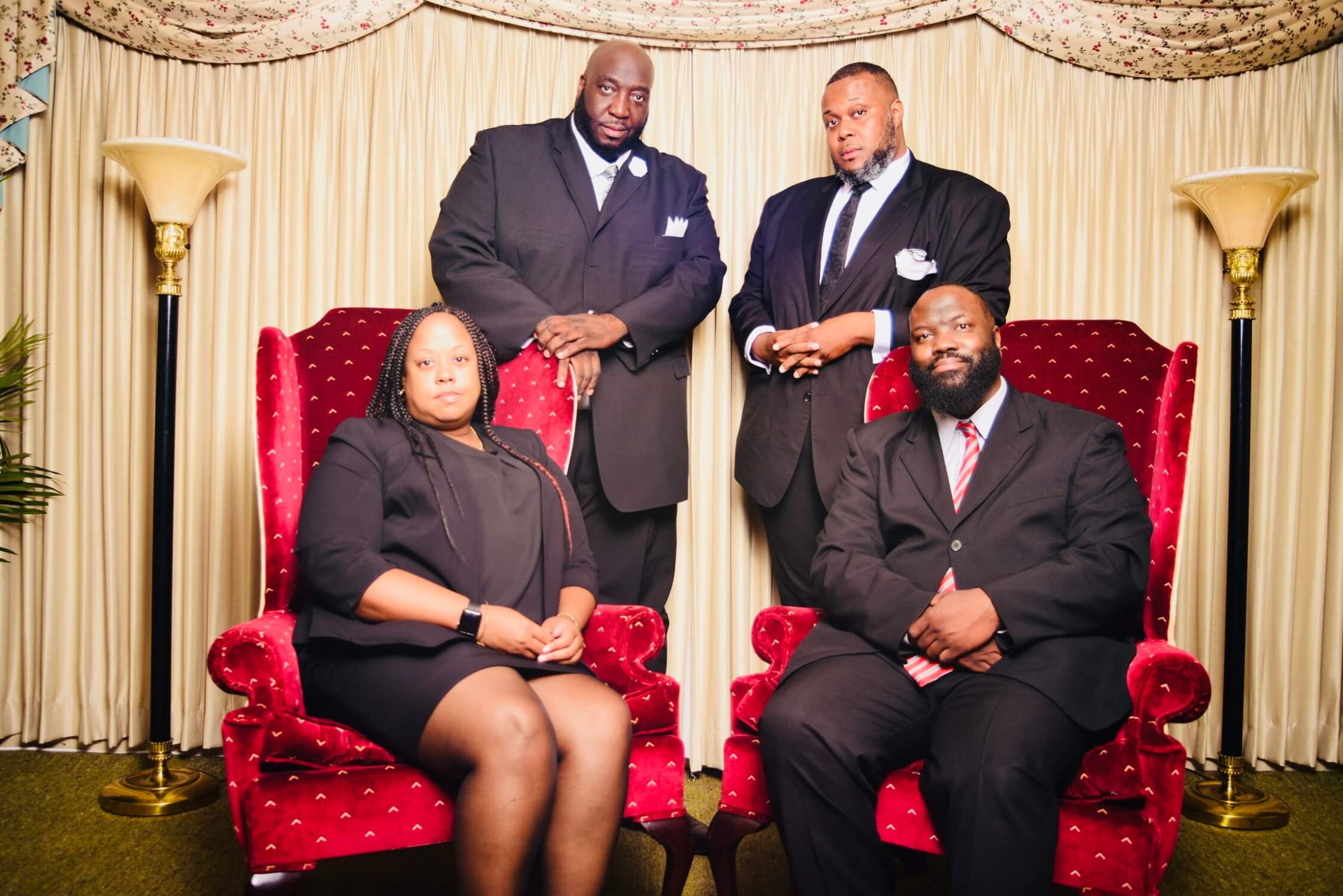 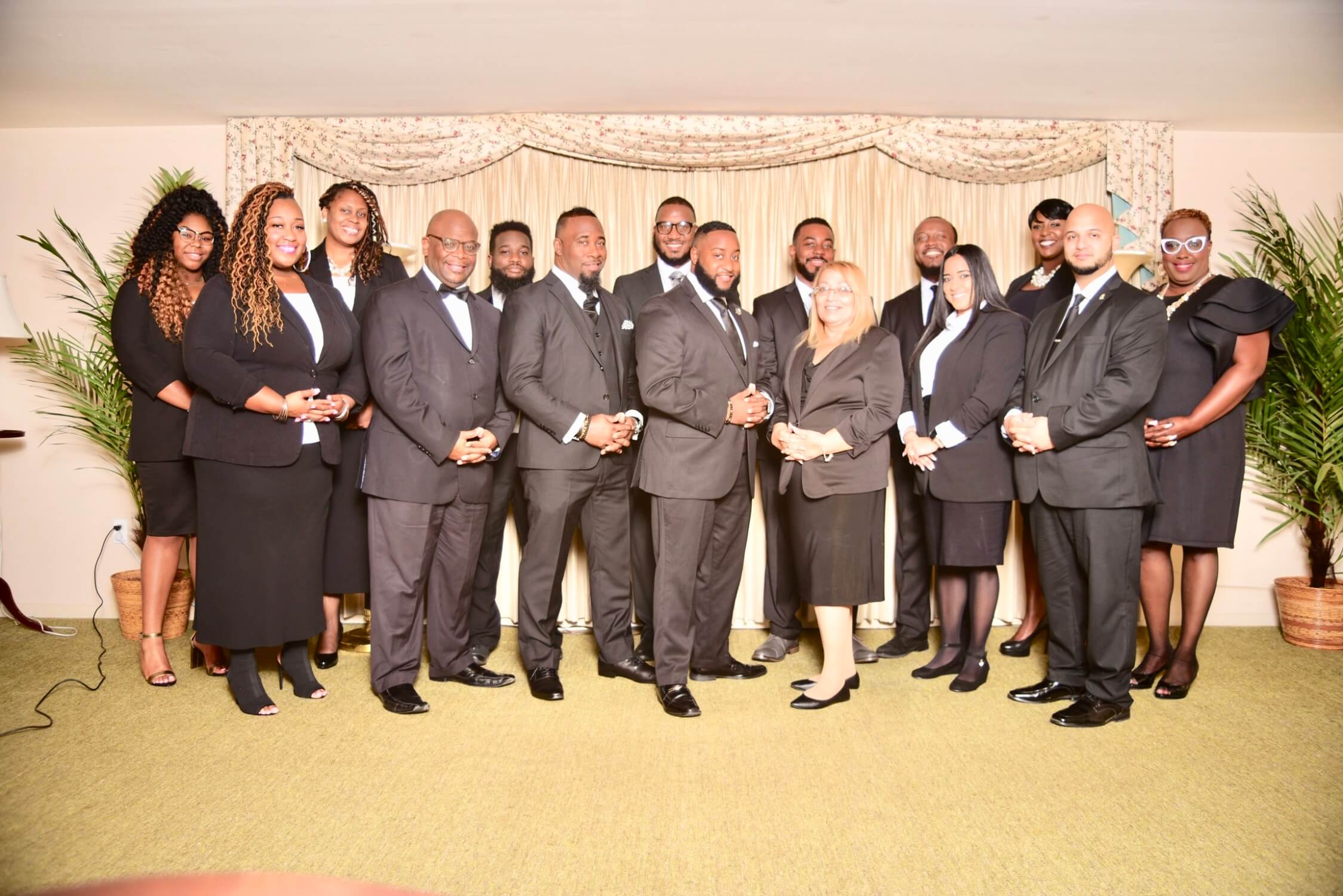 Pre-Plan
Pre-Arrangements Form
Have The Talk of a Lifetime

A year of daily grief support

Our support in your time of need does not end after the funeral services.  Enter your email below to receive a grief support message from us each day for a year.  You can unsubscribe at any time.